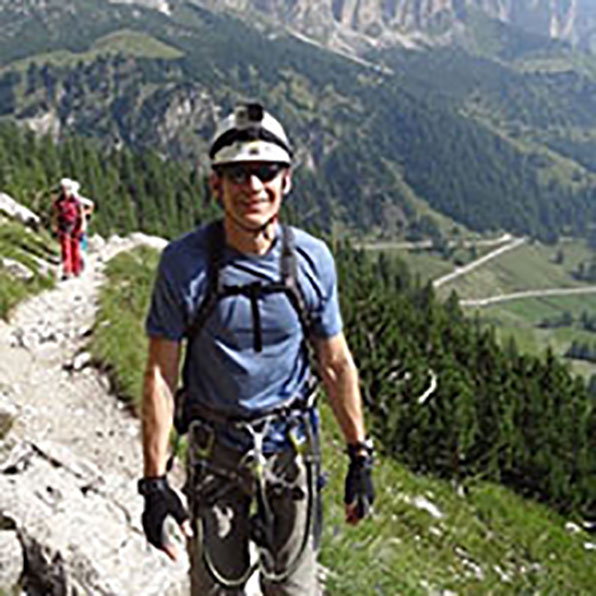 John is a Professor of Radiation Medicine at the University of California San Diego and director of its radiation oncology residency program. He specializes in the treatment of cancers of the breast and prostate and is particularly interested in the treatment of cancer with brachytherapy. He has been named twice as a “Top Doctor” by San Diego Magazine and has been named a Fellow of the American College of Radiation Oncology.

He became involved in Radiating Hope through the Senegal high-dose-rate brachytherapy project where he worked with our amazing team to treat the first cervical cancer patients with curative radiotherapy in 2013.

He is originally from White Bear Lake, Minnesota and earned his MD degree from the University of Minnesota in 1991. He moved to San Diego in 2002. In his free time he is an avid road biker, occasional mountain biker and frequent traveller. He also enjoys hiking, mountain climbing, skiing and Via Ferrata.

His favorite mountain is Mt. Rainier which he climbed a number of years ago. He has also climbed Villarica in Chile and aspires to climb Kili on a future Radiating Hope climb.

Your ticket for the: John Einck